The Awakening of a Proactive Trade Show Marketer 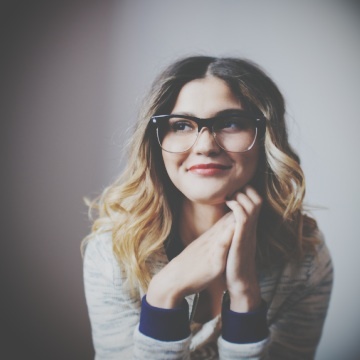 At some point during the career of fortunate exhibit marketers, they have a startling revelation: They don’t have to remain “the victim” who manages an out-of-control trade show program.  They can push back against all the forces of chaos, make good, informed decisions, and significantly improve their company’s trade shows performance.  They can “be the change.”

Before the awakening, the reactive trade show manager focused just getting through the day-to-day hustle of managing the logistics of their trade show booths.  It was all about reacting to requests and emergencies made by other people who perhaps did not see the entire trade show picture – and its greater potential.

Let’s look at how evolving from a reactive to a proactive trade show manager improves decisions and results for all the key aspects of their trade show program.

1. Set Objectives and Measure Results: Know why you exhibit

Before the awakening, the reactive trade show manager did not even know why their company was exhibiting at all, and even if they did, they didn’t make an effort to find out if they achieved those goals.  The phrase, “We are at that show because we’ve always exhibited there” is commonly heard.  Without set objectives to aim for, decisions are made aimlessly, like a ship without a rudder.  They shrug their shoulders and say, “We had a good show, right?” without having any good data to back it up.

After the awakening, this is no longer good enough.  Proactive trade show managers always know why they are exhibiting.  They set goals and objectives for each show – and then measure if they met or exceeded them. Budget items no longer are sacred cows. Everything becomes either a help or a hindrance towards exhibiting success. With that view, they cut budget items that don’t pull their weight, and expand items that increase their results. Plan, do, measure, adjust. Again and again.

The reactive trade show manager lets other people decide every show on their schedule.  They don’t care if the show is a winner or not, because they don’t have the data to judge them, either against other shows, or even other marketing mediums.

The proactive trade show manager’s show schedule is no longer set in stone, nor do they automatically add a show to their schedule just because someone asked for it. They evaluate their future shows based on the match with the key target audience, and the results are obtained at previous shows. They seriously consider the value of regional, vertical market, and international shows. They are willing to try new shows in a new vertical market, or leave a show that doesn’t deliver buyers.

The reactive trade show manager keeps exhibiting in the same booth sizes, because that’s all they know.  Or, they stay in a booth size that is too big or too small, because other, more vocal (but perhaps less informed) people in the company keep demanding they keep that same booth space.

The proactive marketer realizes that some shows offer access to more buyers, and so they scale their booth size up accordingly. Most of all, they have the facts and data to convince upper management to make those changes.  And they don’t obsess about where they are in the show hall, knowing other factors, such as show selection, promotions, booth staffers, exhibit design, and lead management will have a great effect on their results.

4. Exhibit Design: Build Your Brand, Not a Wall

The reactive trade show manager inherited their tradeshow exhibit, and it’s what they’ll use for the next ten years.  They are focused on moving their exhibit from show to show, instead of whether the exhibit has the right messages, helps reach their marketing objectives, or supports their booth staffers.

The awakened proactive exhibitor sees their exhibit properly with new eyes. They are no longer content to grumble about their simple back wall display that may be easy to set up, but doesn’t actually provide spaces to support their staff.  They now plan spaces for vital functions in their exhibit — for both their attendee prospects and their booth staffers:

They also “run the numbers” on the cost of using their exhibit, show after show, and make good investments in trade show displays that have lower operating costs.

5. Booth Staffing: Build the A Team

The reactive trade show manager takes whatever booth staffers they can get.  If they are available, then into the booth they go.  The reactive trade show manager will even take brand new employees who know nothing about the industry, company, or customers.  They will take booth staffers who only want the “free trip”, or worse, don’t want to be there at all.  A staffer that sits passively like a bench warmer, or worse yet, constantly chats up their fellow booth staffers, is likely just taking up space. They may get a handful of leads from the occasional attendees that walk into your booth. But that’s no longer enough!

After accepting responsibility for the trade show success, the awakened exhibit marketer discovers that their booth staffers have the greatest effect on their overall success.  Rather than complain about poor booth staffers, they find, train, and keep the winners.  The proactive trade show manager tracks their booth staffers’ results, and brings back staffers that consistently obtain three, four, even five times more leads than weak staffers.

6. Pre-Show and At-Show Promotions: Get a Step Ahead of Your Competition

The proactive exhibitor realizes that their biggest competition at the show is time.  Attendees simply don’t have the time to visit every booth. So proactive exhibitors invite them to their booth before the show starts, and offer attendees an interesting, relevant gift, experience, demonstration or benefit for visiting them at the show. So while other attendees are coldly waiting for visitors, they’re greeting already warmed-up prospects.

7. Lead Management:  Make The Most of Sales Opportunities

The reactive trade show manager wants the show to be over so they can get on with working on the next show.  The leads are just wisps of paper or a small pile of business cards that sit on their desk until they have time to pass them on to Sales.  Or if the leads were passed on, it was just contact names, never to be asked about again.

The awakened exhibitor values their trade show leads like gold.  The proactive trade show manager quickly fulfills and forwards leads to the appropriate sales person, prioritized by need and urgency. They train staffers to rank their leads by quality, and record the visitor’s information so their sales peoples will effectively follow-up after the show.

Has the proactive trade show marketer awakened in you?

Once this great awakening happens, trade show marketers realize they have control of their destiny. They’re no longer just a passenger on the trade show highway – now they’re driving the bus.  They take responsibility for everything, and push to make informed decisions to improve their performance.  By being proactive, they make the most of their opportunities to enhance their brand, deepen client relationships, and advance the sales cycle.  That’s a much more rewarding path, for both for the company, and the trade show marketer.

Over 400 exhibitors shared their best exhibiting secrets in this new white paper.