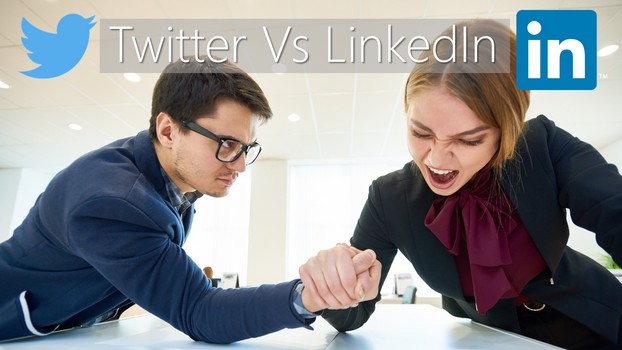 With over 575 million users, LinkedIn is every business’s go-to social network. For connecting with like-minded business owners and people locally, nationally and globally, it seems to be the obvious choice. Since it burst onto the professional scene in 2003, it has seemingly made networking faster and more powerful in the business world. However, a closer look at LinkedIn, its user trends, and its current growth reveals even more that affects your marketing dollars and clientele.

ENGAGEMENT:  While it is true that LinkedIn has over a half a billion members, only about 40% of those users access it regularly. Of those who access it regularly, they spend an average of 17 minutes A MONTH on LinkedIn. Additionally, only a few million users regularly share content through their account. All of this means that the people you are trying to connect with are not really connected. Even the most active LinkedIn users log in briefly to accept connection requests and then log out. They miss your promotions. They miss your comments. They don’t comment on your media. And you really are not connecting. Even those who might chance to see your promotions are most likely the “click and go” types who pay little attention to posts. If you’ve ever run an LI promotion, you’ve seen this behavior, which results in loads of bounce backs you receive.

On the other hand, even the most passive Twitter users read, comment, and like other people’s posts. This is probably because many B2B Twitter users depend on the platform for their industry-related news, and even their news in general. So, they are constantly monitoring the key people, businesses, and trade-related accounts to stay current with all the buzz in their network. Another reason might be that Twitter limits character count, so no one can be too long-winded and engagement is quick and easy. For staying relevant and consistent with current news, Twitter is the better platform.

TARGETING:  Here, LinkedIn seems to be the better choice – users can handpick their audience based on industry, company size, job title, location, and more. In contrast, Twitter is more like a vast ocean of people with no apparent compartmentalization of people or businesses. Additionally, it’s tempting to be ensnared in the Twitter-azzi of reading, liking, commenting, and arguing with friends and peers and others rather than “doing business” on Twitter. While this engagement boosts your posts and is entertaining and winsome, you still need to be attracting your main target audience. To this end, try sharing information with your target market that is relevant to your own industry. Also, try sharing a post that someone has already shared. This does the double duty of posting relevant information AND scratching someone else’s back.

Like LinkedIn, you can run campaigns that target particular businesses and key people in an industry you’re in. You have to be a bit more intuitive, however. You can’t cherry pick like you can on LinkedIn. When setting up a Twitter campaign, you’ll want to target users similar to the followers of the particular trade association of that industry. The logic behind this is that, typically, the CEOs and execs are primarily the leaders who follow those accounts.  If you think hard about the types of Twitter users that speak directly to your audience, you can see how you can quickly identify key Twitter accounts to use when creating and testing look-alike audiences..

COST:  As with any contextual CPC (cost per click) ad, the cost depends on your targeting criteria and your competition, but LinkedIn CPCs start at around $2 and run up to $4 or $5 per click, depending on the speed of your click-through rates. Twitter, in comparison, has a much better ROI because their CPM (cost per thousand impressions) varies from around $9 to $11. Clicks there run about 25-30 cents. With its lower CPC and its prime engagement rate, Twitter campaigns are going to serve you better.

WHY TWITTER?  If you’re like I was until recently, you might be thinking, “No one I know is even on Twitter!” And you’d have a point! As far as social networks go, Twitter is way down the list, coming in 6th after Facebook, YouTube, Instagram, and others. However, if we consider WHO is using Twitter, the magnetic appeal grows stronger. Twitter is the go-to platform for a select niche of business users who want to stay abreast of current events. And since marketing IS a constant current event, the influence of Twitter’s users is obvious. They are all about the time sensitive events – trade shows, expos, conventions, meet-and-greets.

CLOSING THOUGHTS: In today's "hype" of social media, we all want to make sure we are there and present and that we are sharing valuable information. No matter which platform you’re using, stay engaged,  current, relevant. Keep your profile up to date. Post consistently. Be on the platform and be interesting. Remain professional and avoid negativity. Social media is necessary in today’s business scene, but with planning and intentionality, it can be a fun place to engage with colleagues and clients.

This article is inspired by "Twitter vs LinkedIn For B2B Trade Show Marketing" by Mike Thimmesch and first appeared at www.skyline.com