Why Buy 2 When You Only Need 1 Vancouver Trade Show Exhibit?

Why Buy 2 When You Only Need 1 Vancouver Trade Show Exhibit?

It comes as a shock when new Vancouver exhibit clients tell us they want to buy two exhibits, and after some discussion, we tell them they only need one.  They are surprised that we don’t try to sell them two, especially since they asked for both of them!

But we know Skyline modular exhibit systems have the versatility to save them money, and once they find out, too, they become happier clients.

Designing for Multiple Booth Sizes From The Beginning

When a client is exhibiting in an island booth space, such as a 20 x 30 foot booth, they almost always also exhibit in one or more inline spaces, such as a 10 x 20 or a 10 x 30.  Their inline booths are usually at smaller shows where they don’t need the full island to get noticed.

However, the show audience is still valuable, and the exhibitor wants to exhibit with a differentiated look, superior to a mere portable.  That’s where the modularity of our exhibit systems excels.

The extent of our design versatility is surprising.  Exhibitors are astounded at how we can make an entirely separate inline exhibit using their already-purchased island exhibit components. 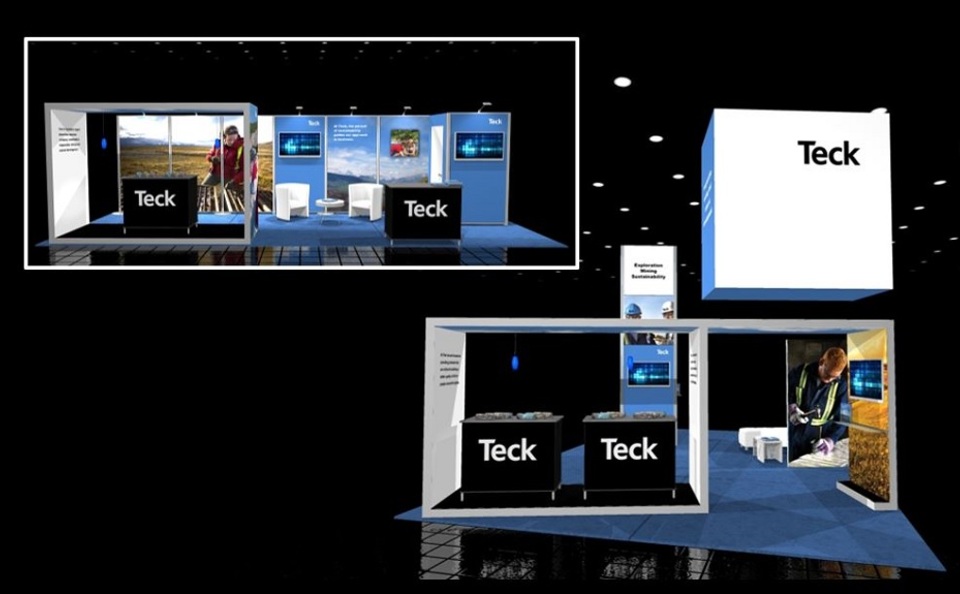 In the above exhibit for Teck, the tower was “unfolded” to create the backwall for the inline configuration. For other island-to-inline conversions, we may need to add a connector panel or a vertical-market-specific graphic for the inline version, but it’s much better than having to build an entirely separate second exhibit. 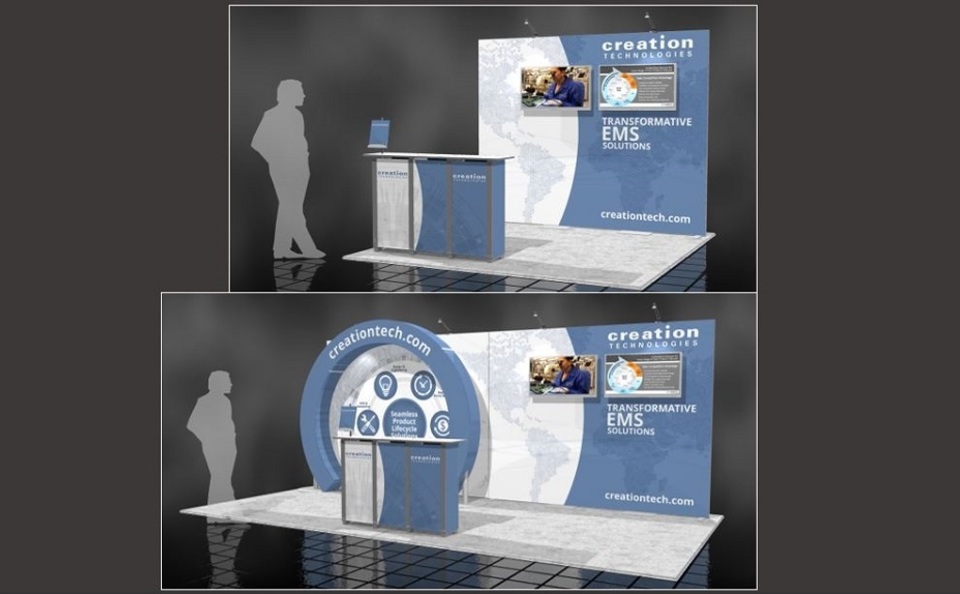 While the island to inline reconfiguration is the most surprising, the 10 x 20 into one or two 10 x 10s is the most common.  With planning, the graphic messaging and architectural elements can work perfectly in both 100 or 200 square feet. 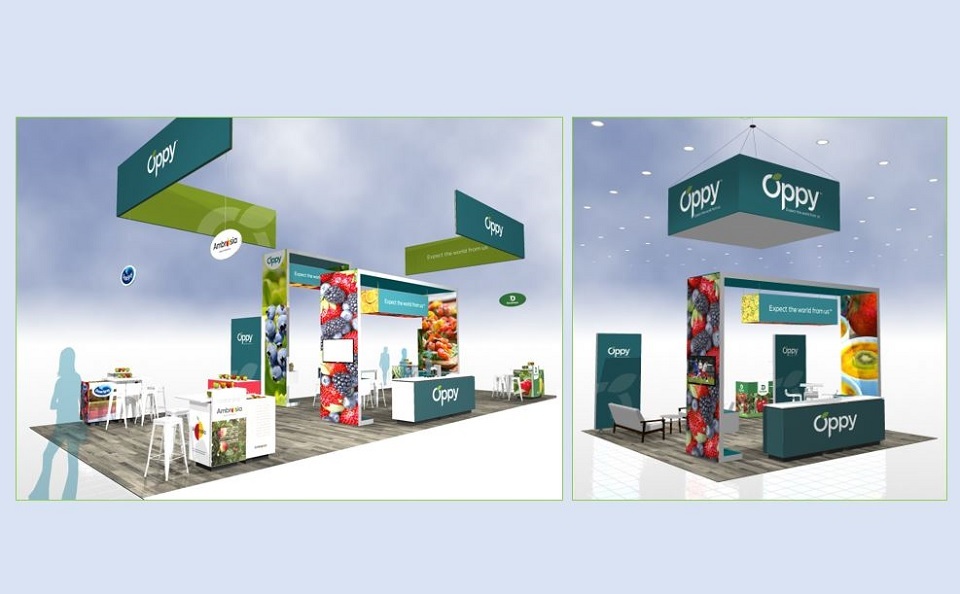 Major exhibitors will often have more than one-sized island booth space over the course of the year. With foresight and planning, we can design a library of components that can be added or rearranged to fit multiple island booth spaces.  Elements of this 20 x 50 booth for Oppy were used for a perfectly balanced 20 x 20 exhibit.

When we know in advance all the likely booth sizes an exhibiting client will use, we can design their larger exhibit so that components from the larger exhibit can be pulled aside and reconfigured for their smaller booth spaces.  You can save money on purchasing the exhibits, and maintain a more consistent brand identity at shows. Let us design one exhibit / multiple sizes for you!

Chris Laundy is the President and CMO of Skyline BC, which delivers unique, cost-effective and innovative trade show displays to Vancouver and British Columbia marketers.  Chris’s company helps their clients improve their brand representation and manage the high operational cost of exhibiting in Canada and the United States.  Skyline BC’s website can be found at www.skyline.com/vancouver-bc.