At Skyline Exhibits of Central Ohio the people behind the company are as important as the company itself. We are a team of ultra-talented and dedicated exhibit gurus with one focus in mind….serving our customers!

Our work-hard, play-hard culture fosters our creativity, drives our success and, let’s be honest…keeps us sane in the crazy world of trade shows!

Learn more about our Skyline family members below: Chris joined Skyline Exhibits as a Marketing Consultant in February 2006. Her extensive background in marketing, consultation, service and design contributes to her commitment in providing impeccable client experiences. Prior to joining the Skyline team, she was the Associate Director of Recruitment for The Art Institutes, an international family of design colleges. Areas of specialization included staff training, authoring presentations, and national portfolio development. Chris graduated from Kent State University with a B.S. degree in Secondary Education, Social Sciences and lives in Columbus with her three dogs.

Favorite food? Spaghetti with mushrooms and Arrabiata sauce OR buffalo wings. Hard to pick between the 2!
Interesting Fact: I was a high school history teacher for 2 years after college and I flunked history in middle school!
Admired Individual? Ellen Degeneres. She inspires me with her humor, grace, love of life, and realism. She is a living example of someone making history EVERY DAY with her creativity and general wonderfulness.
Favorite Skyline Exhibit System? Exalt for portable and Envoy for clients needing a more intricate solution. Chris comes with a strong background in trade show marketing. His experience began on the other side of the aisle as an exhibitor for nearly 10 years before becoming part of the Skyline team. Having been an exhibitor helps give him a different perspective on what might be needed for companies who might be new to exhibiting to help make their show successful. Part of his background also includes having been Co-curator at MadLab Theatre & Gallery for 10 years working with artist's and presenting gallery shows. Chris enjoys the creativity, fast paced environment, teamwork and attention to detail that ultimately leads to a successful show and happy clients.  His free time is spent with his wife and two children camping, skiing or just hanging out at the park. He also enjoys playing music and photography. Natalie started her professional career designing and buying print and advertising while attending the Columbus College of Art and Design. From there, she designed large format graphics for a trade show exhibit company. She then evolved into exhibit design and sales. That is where she discovered her passion for problem solving and assisting clients with winning solutions. “It’s all about the service. I’m right there with you from the start of the concept through to the delivery of the completed piece.”

Natalie continues to design for local non-profits and lends a hand to community fundraising. She also has passion for landscaping and decorating her 1920’s house, gourmet cooking, photography, hiking, blues music and rediscovering the world through her son’s eyes. She also hopes to someday display her paintings in a gallery.

Favorite food? Fire roasted green chilies from New Mexico. They are great on everything!
Favorite Musician? Keb Mo
Interesting Fact? I love trees. They appear in my artwork and I plan trips to seek out notable trees as often as I can.
Admired Individual? Wassily Kandinsky or Julia Child 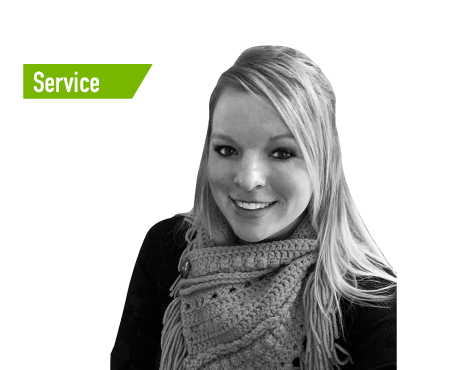 Tiffani Henry joined the Skyline Exhibits team in Spring of 2016. Her background in sales, event planning, and program management have prepared her for the position of Operations Manager. Tiffani graduated from the University of Phoenix with a BS in Psychology. In her free time, she enjoys spending time with her family, crafting, and volunteering.

Favorite food? Any meal that brings my friends and family together
Favorite insect: Dragonfly!!!
Hobbies: Running, yoga, crochet, and volunteering
Interesting fact: I used to be a roller derby referee. 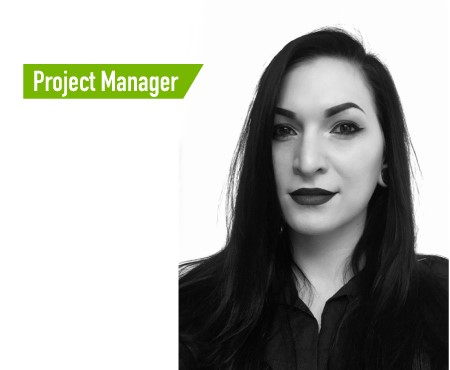 Veronica Flegenheimer joins Skyline Exhibits of Central Ohio as a Project Manager. She graduated with a degree in Design from California State University, Long Beach. After college, she has worked across the United States holding various positions from interior to graphic design. Throughout her career, she has excelled in design project management and coordination, so the shift in professional focus was seamless. In her free time, Veronica likes to spend time hunting and fishing with her husband, Johnny. She also frequents live music venues and travels whenever possible. Cara joined the skyline team in the summer of 2019. She is highly motivated and is a real asset to the team as a skilled problem solver. Her experience in process development and solution implementation has been extremely valuable in improving our customers experience. In her free time Cara enjoys going to festivals with her family. Spyke began working with Skyline in the Service Department but transitioned to the Design Team in the fall of 2012. He has a B.S. degree in Graphic Design from The Art Institute, and has been working in the field of visual communication for over 15 years. As Design Director, Spyke focuses on managing the production and workflow of the Art Department. When he isn’t designing trade show booths and graphics, Spyke does lots of home projects and raises two children with his wife and golden retriever,
Brutus. 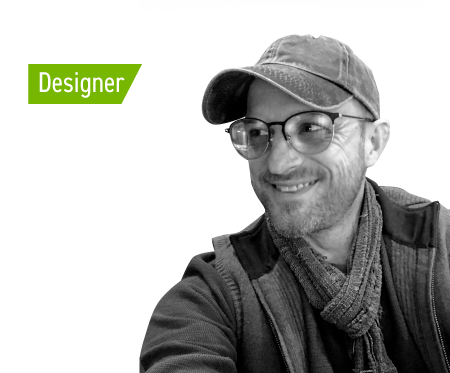 Tom earned a B.S. degree in Marketing from the University of Dayton and has a sales and marketing background in the industrial design and architecture industries. Having worked as a booth staffer at major trade shows for several years, Tom has a keen ability to translate exhibit criteria into functional, high-impact solutions. When not designing trade show exhibits Tom spends most of his time creating his own art and spending time with his dogs. 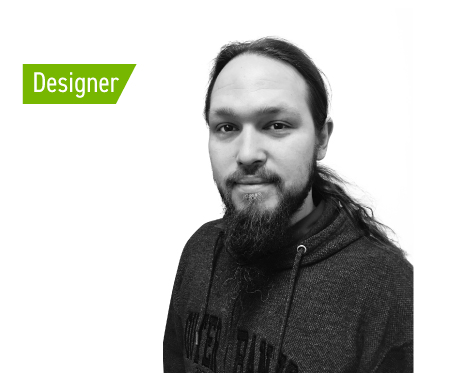 Adam began working for Skyline in May of 2014 in the Service Department. In April of 2016, he transitioned into the Art Department as the newest Exhibit and Graphic Designer. He graduated from Shawnee State University with a B.A. in 3D animation. He is a problem solver and loves the day to day challenges that SECO has to offer. He brings positive attitude to the workplace, as well as love for various types of music. He has a passion for all things art and is a fan of DIY projects. Todd has been Director of Logistics at Skyline Exhibits of Central Ohio since September 2003. As the Director of Logistics, he is responsible for the overall management of the Service Department and its day to day operations. Todd’s responsibilities include managing assets for all clients storing exhibits with Skyline, and arranging logistics for all client events around the world. Todd has a business degree in transportation and logistics from Ohio State University. Prior to working for Skyline, Todd managed a small office for a freight forwarder for ten years before Skyline stole his heart during a chance freight delivery. 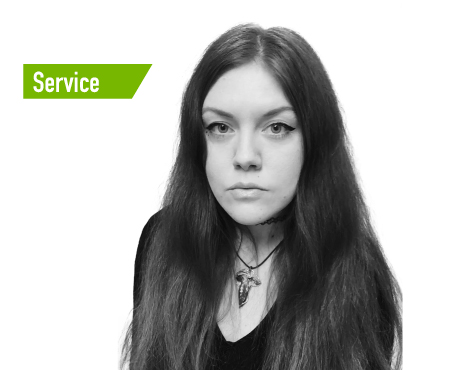 Marissa is another that we have gladly welcomed back to our team. She initially joined Skyline Central Ohio team back in 2014, and returned in 2018. Her attention to detail and plethora of skill sets make her extremely valuable to several departments as Service Admin. In her free time she enjoys creating art, crocheting, and playing fantasy video games. 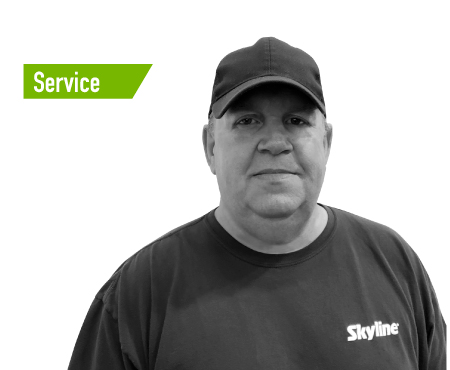 Brent lives in the village of Woodstock, Ohio (population 300) and enjoys country life very much. His music taste ranges from Barry Manilow to Ozzy Osbourne!  People are surprised to learn he owns about 400 live concert DVDs (many of which are collectible). He also enjoys car shows and flea markets. He is married and has 2 boxers who are their 4-legged kids.

Are you a trade show guru with extreme attention to detail? Do you have vast experience in trade show exhibit standards? Click here to see current openings!

Want to chat with someone on our team?

We will not sell your information to third party vendors. We use this information to fulfill your request and provide you better service. Click here to review Skyline’s privacy policy.